He is the God of so many do-overs it is unthinkable. And the reason it is so unthinkable is because the battles you are fighting start and end in your mind.

Rip Van Winkle was a fictional character created by Washington Irving, America’s first internationally acclaimed author.  The story gives one the impression Mr. Van Winkle was a contradiction when it came to avoiding his responsibilities. A trickster of sorts. He was always eager and willing to help his neighbors; but hated to work for profit on his own farm. Which was why his farm was in ill repairs. I suppose he was oblivious to Sir Thomas Browne’s saying “charity begins at home”. Which explains why the town’s people liked him so much and his wife was totally exasperated by his shenanigans.  Thus Dame Van Winkle is pictured as somewhat of a nag. But due to Rip’s slippery disposition one can feel somewhat sympathetic towards her.

As the story goes, Rip Van Winkle, trying to find peace of mind from his wife, takes off with his trusty rifle and dog Wolf to the Catskill Mountains. He came upon dwarfs playing nine pins who drank a beverage out of flagons. Once he’d tasted the beverage; kept stealing a sip of the drought until he passed out. Upon waking, unknown to Rip; he’d been asleep for twenty years.  He did not look the same and although some things were still familiar to him—everything had changed.

And do this, knowing the time, that now it is high time to awake out of sleep; for now our salvation is nearer than when we first believed. The night is far spent, the day is at hand. Therefore let us cast off the works of darkness, and let us put on the armor of light. Let us walk properly, as in the day, not in revelry and drunkenness, not in lewdness and lust, not in strife and envy. But put on the Lord Jesus Christ, and make no provision for the flesh, to fulfill its lusts. (Romans 13:11-14)

Is your life an example of the Rip Van Winkle Effect? On the paths to your destiny there are many caves and pits. Do not allow the spirit of rejection to throw you into the Pit of Low Self-Esteem. It will place you in the grips of procrastination. And procrastination has the aptitude of lulling you to sleep with the fears of rejection and failure. You know, fear of the unknown because you cannot analyze those projections with any known algorithms?

In this place you will find everything in your life is void since you are living in a world of discarded realities. You cannot draw water from an empty well. Mr. Van Winkle tried this technique for years and it was not working for him. Is it working for you? This decision placed his feet on the wrong path. You have to take what you’ve got to get what it takes. To find your true purpose, you must let go of all those things keeping you imprisoned in the stone of constant tragedy. Thus finding the right path leading to the love of God where he can carve out the beauty of his purpose in your life.

In Mr. Van Winkle’s case, he was so busy trying to keep from doing what he should have done; he lost sight of his purpose altogether. He never came into the realization of his true purpose. His walk to the Catskills is a clear example, how a rebellious attitude will leave you walking further away from a destiny; with which you never had an opportunity to become acquainted. Always remember, rebellion begins in the heart.  The bible says rebellion is as the sin of witchcraft, and the longer you allow it to reign in your heart; you prolong the possibility of ever seeing your destiny fulfilled. (I Samuel  15:23)

But Rip could have gotten a glimpse had he been diligent and persistent in working his farm. Rip was diligent and persistent in seeking distance from working his farm and his wife reminding him of his responsibilities. Had he worked the farm like he was supposed to; the harvests he reaped would have prevented his property from falling into ill repairs. What seeds have you sown to reap a harvest for your labors? He preferred reaping harvests of compliments from the town’s folk which did not contribute one thing to his farm, his family, or his future. Compliments cannot and will not feed your spirit, but due diligence can. God is a rewarder of those who diligently seek him. (Hebrews 11:6) We must observe whenever you lose focus of your purpose you are spiritually asleep. And Rip’s drunken nap is a primary example of that.

Awaking from your slumber, the ideas you had in the past are flooding back in, causing your emotions to go into overload because you are feeling like a UFS—an Unidentified Flying Soul. It is obvious your past and some future possibilities are obliterated. How do you redeem twenty years of your life? Seek God for wisdom to live in the moment.  You cannot live in the past nor speculate accurately about the future.  You will either be overwhelmed with remorse or take up residency in Wonderland about what is to come.  Your ideal position is doing your best to remain present and connected spiritually to the Lord. (Proverbs 2:10-11)

Here is where you usually hear….Well I’ve got good news and bad news, which do you want first? In this case there is good news and better news—which would you like first? The good news is now you have come into the full consciousness of who you are and where you are. The better news is time is irrelevant when it comes to God’s time clock and his infinite love. You cannot allow past regrets and guilt to define you. But allow these negatives to refine your mindset to thoughts above the darkness and discouragement of the past; by living in the light of God’s unconditional love. He made the sun and moon stand still for Joshua. (Joshua 10:12-14) What do you believe Him to do for you?

He is the God of so many do-overs it is unthinkable. And the reason it is so unthinkable is because the battles you are fighting start and end in your mind.  Your mind must be in a place where it is not around a lot of stinking thinking. Spiritual warfare you either win or lose in your mind. We walk with guilt and self-condemnation because of mistakes we’ve made in the past since we are not cognizant of God’s grace and love.  For it is written: He will again have compassion on us, And will subdue our iniquities. You will cast all our sins Into the depths of the sea. (Micah 7:19) So if God has forgiven your sins, why are you still walking around thinking about them?

Notice, when Mr. Van Winkle woke up some things were similar, yet also changed. He didn’t look the same and a lot of folks in his hometown did not even recognize him. This is a two-edged sword. What am I purveying here? When the light of God’s word brings you out of a sinful sleep not only do you have a new perspective on life, but you even have a new perspective about yourself. The key here is your choice of availability to God, with the willingness to embrace all He has for you. This strategy will open the door to spiritual growth where you can see clearer, achieve greater wisdom, and exceed all previous limitations. Which allows you to seek the kingdom of God instead of an escape route from reality’s discarded responsibilities? (Matthew 6:33) Or you can go back to your old tricks without a future or destiny insight. The choice is entirely up to you. (Joshua 24:14-15)

“I will bring the blind by a way they did not know; I will lead them in paths they have not known. I will make darkness light before them, And crooked places straight. These things I will do for them, And not forsake them.”
(Isaiah 42:16)

©Rhema International. Unauthorized use and/or duplication of this material without express and written permission, from this blog’s author and/or owner, is strictly prohibited. Excerpts and links may be used, provided that full and clear credit is given to Rhema International. 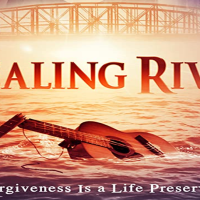 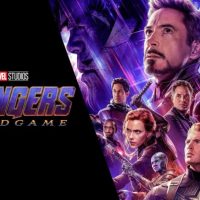 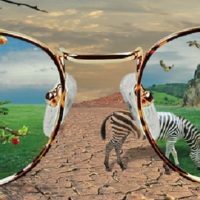 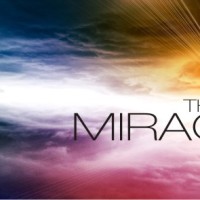 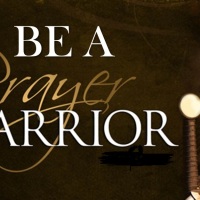 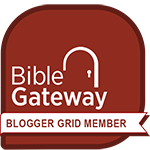 Ask God To Be Your Everything

The Eyes of My Heart

Stay true to His calling